In 2003 a small team of intercessors gathered and began to seek the Lord and plan for a House of Prayer in the greater Rockford region. It was based on the IHOP model (Kansas City, MS), and in February 2004 the HOP began in Rockton, Il, a small community just north of Rockford, Il. In 2007 the HOP moved to its current location in the former Hallstrom grade school (Rockford, Il.). It now meets in the old kindergarten room. This is entirely appropriate for a prayer movement that in many ways is still not viewed as a strategic weapon in God’s end of the age arsenal but rather a curiosity. In reality, the body of Christ is going back to school. We eagerly anticipate the day when 24/7, continuous night and day prayer goes up before the throne of God from the heart of this region. 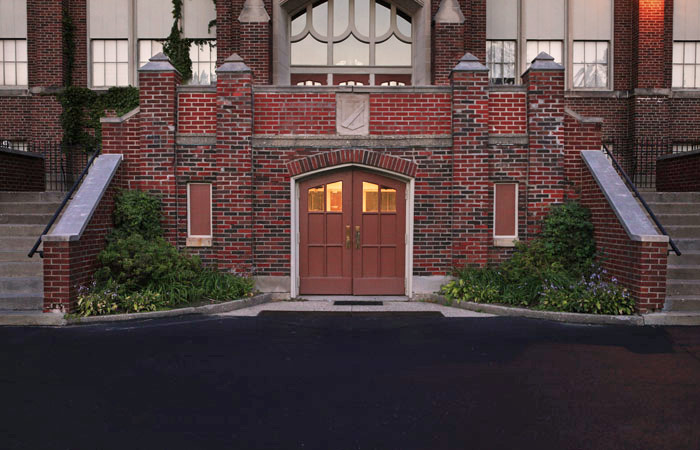 Night and Day Prayer and Worship According to King David - Psalm 27:4

R2HOP exists to passionately engage believers in perpetual worship and intercession as described by King David—to foster intimacy (Psa 27:4), to agree with God as it touches Israel (Isa 62:2-7), and cry out “so that the rest of mankind may seek the Lord (Acts 15:17).”

We have fallen desperately in love with Jesus, the bridegroom God. The revelation of His intense, fiery desire for us (Songs 8:5-7) has captured our hearts. His love for weak, immature and broken believers has fascinated us and propelled our hearts into passionate and intimate pursuit of relationship with Him. It is the great devotion that comes before the great commission. Lovers will always outdo doesr!

Night and day prayer according to David

The biblical model is the corporate gathering in the place(s) of God’s choosing for 24/7 night and day agreement and gazing on the beautiful God as the audience of one. It is the mixing of intercession and instrumentally supported worship in His courts – singing, reflecting upon and praying the declarations, commands, statutes and judgments of God found in the Bible. It is designed for a city but with a regional impact. It is a place of refuge for all, a place of revelation and insight, a place of fellowship and a place of provision. From the city’s spiritual walls, it looks in to pray out mischief and iniquity and it looks out to draw the rest of mankind, even all the Gentiles so that they may seek the Lord, the forgiving God. It looks out for the defense of the city, crying out in warning as needed and it looks in to bless and prosper the city. It gives God no rest until He makes Jerusalem, His city, a praise in all the earth.

God is restoring David’s “fallen tabernacle (Acts 15:16)” – which includes his commanded practice of “night and day prayer in God’s house.” It is a sign of the end of the age and a provision for it. It is how heaven runs today and it will be an integral part of how the church on earth will run. God will drive out His last days agenda through prayer and the flag ship enterprise or foundation will be the operation of His House of Prayer.

The lifestyle of prayer and fasting requires considerable adjustment and cannot be accomplished without commitment and dedication. But discipline alone cannot take us to the place God wants to go. Only His love can carry us there. We must position ourselves before the flame that never goes out (Lev. 6:12). Our night and day cry is for the fullness of God (Eph. 3:19) to be released in the Stateline area. We want everything that God has promised for His Son's Kingdom –the "greater works than these" signs and wonders, salvation, deliverance, provision, healing, true unity and love of fellowship, the' final and great harvest' and the sustained enjoyment of the presence of God.